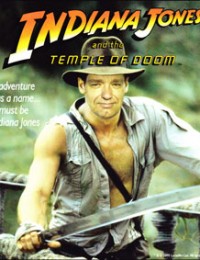 “Dr. Ted” is how clients know him. Dr.Ted Reitsma graduated from the University of Guelph, College of Biological Science in 1984 and then Graduated from the Ontario Veterinarian College in 1988. The education however does not end there. “Dr. Ted” has always believed in keeping up to date and current with continuing education. “Dr. Ted” has taken internal and external AS-ASIF bone fixation course and the University of Guelph as well as several ultrasound, endoscopy and laser surgery courses. Eye courses and other courses have also been taken. In addition to these ‘hands-on’ courses “Dr. Ted” also take distant education training through the Compendium of Continuing Education for Practicing Veterinarians.

“Dr. Ted” has also been a mentor training foreign trained veterinarians through the V-Steps (Veterinarian Skills Training and Enhancement Program) program since 2006. Clients in September to December often will see these vets follow “Dr. Ted” into exam rooms. (When clients permit)

We also have worked with the Oakville Humane Society and several Rescue groups. The V-Step Veterinarians do surgery on these rescue animals under “Dr. Ted’s” direct supervision. These are the only animals that V-Step veterinarians do any procedures on

Dr. Ted, was never allowed to own a dog or cat growing up as an only child. So hamsters, guinea pigs, rabbits and gerbils were his pets. He brought home a snake once from camp, but his mother made him return in the next day

Dr Ted worked as a volunteer from 1983-1987 at Agincourt Animal Hospital, Airport Animal Hospital, Newmarket Animal Clinic and Banks Animal Clinic, living at these clinics and doing night emergencies as well as working during the day at the clinic. Dr Ted also volunteered at the Danforth-Greenwood Veterinary Clinic for the year that it had opened. Although the hours were tough, it was a great learning experience.

In 1988 after graduation, Dr. Ted worked at Metro Animal Hospital in Toronto, a year after working full time there, he added a part time job working for the OSPCA veterinary Clinic in Scarborough.

In 1990 Dr. Ted accepted the position and took over the job as director for the OSPCA Head Office Clinic in Newmarket. He also assisted the OSPCA inspectors in investigations. Dr. Ted married his wife Karen (and finally got his long awaited first dog and cat) that year and moved to Acton, Ontario where his wife had been raised. Dr. Ted, being a workaholic, opened Mill St. Veterinary Services in Acton for evening and weekend appointments on top of his full time duties for the OSPCA. Acton is a 90 minute commute from Newmarket and in 1992 Dr. Ted was offered and took the position of clinic director of the OSPCA clinic in Mississauga.

Hard times (recession) fell on Canada as well as the OSPCA and they sold their clinics and several shelters. Dr. Ted took over ownership of the OSPCA clinic in Mississauga in 1994 and transformed it into Mavis Road Animal Clinic. Karen, his wife and one other staff employee worked at Mavis Road Animal Clinic that first year. Now we have a staff of 7 as well as associate veterinarians and Dr. Ted is still at the clinic most days by 7:30 am and still works 6 days a week.

Dr. Ted’s hobbies take a back seat to work. On a 6 day work schedule, most of the rest of his time is for Karen and his 2 teenage sons. Dr. Ted has been active in Martial Arts for over a decade and trained in Tae-Kwon-Do, Aikido and Ju-Jitsu. This unfortunately caused knee and back issues during this time. Now Dr. Ted volunteers and assists in training kids and adults  from time to time still for the Mississauga Ju-Jitsu club.

Dr. Ted’s other active hobby, as clients may suspect is Scuba Diving. He has 12 certificates in diving and loves scuba diving in the warm Caribbean waters.He is an active volunteer instructor for some of the dive shops in Mississauga  Photos of his dives and fish souvenirs line the walls of the reception.

Get to Know our Team Today! Our Care Team